Catalonia is a Mediterranean region of approximately 32,000 km2 located in North Eastern Spain. This region is very densely populated. With 232 inhabitants per km2 in 2016, it is only surpassed by four Italian regions within the European regions of similar size.

Catalonia is also the third region of Europe in terms of forest surface. Indeed, up to 60% of its territory is covered by forestlands, ranging across both woodlands and shrublands. This factor, together with fire-prone weather conditions governing its summers, makes Catalonia an extremely vulnerable region to wildfires.

Fires have decreased in the last 20 years n number and area, but they are still posing difficulties to fire suppression bodies with unknown and extreme behaviors. The Catalan Living Lab will also apply some of its FIRE-RES activities in smaller counties where wildfire risk management is a challenge.

The territory where the Living Lab in Catalonia situates is under an unique governmental unit.

In Catalonia, the competences on wildfire prevention and suppression are mainly led by the regional Government of Catalonia. In particular, fire management is under the responsibility of:

However, many other agencies, NGOs, associations or entities are also impacting wildfire management in some of its facets. Total fire suppression is the main policy in its management. However, fire has been also used as a management tool for the last 20 years at small stand scale. 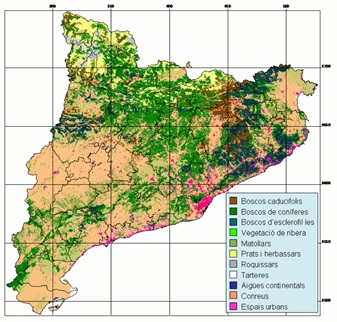