Although there is a clear decrease in the number of forest fires, those currently occurring are increasingly virulent and destructive.  A clear example was what happened on 14th and 15th October 2017, a tragic weekend in which 49,000 hectares burned in 125 simultaneous fires in less than 4 hours. This overwhelmed the powerful extinguishing forces and put the rural population at serious risk.

The Galician Living Lab will be situated in the Forest District XII Miño-Arnoia (Ourense). Its main scope is to create a safe model village: a village where civilians are able to protect themselves in the event of a rural interface fire until the emergency services arrive.

The Galician Forest Fire Prevention and Defence Service was founded in 1991 in response to the enormous pressure of forest fires in 1989, when almost 250,000 hectares burned in Galicia alone.

The Galician Forest Fire Service is divided into 19 forest districts with 1,652 forest firefighters and 22 heliborne forest brigades, among other resources.

The functions of the Galician Forest Fire Service are based on prevention and extinction of forest fires, support in emergencies in the natural and rural environment, information to the rural population, and recovery of the landscape and post-fire ecosystems. 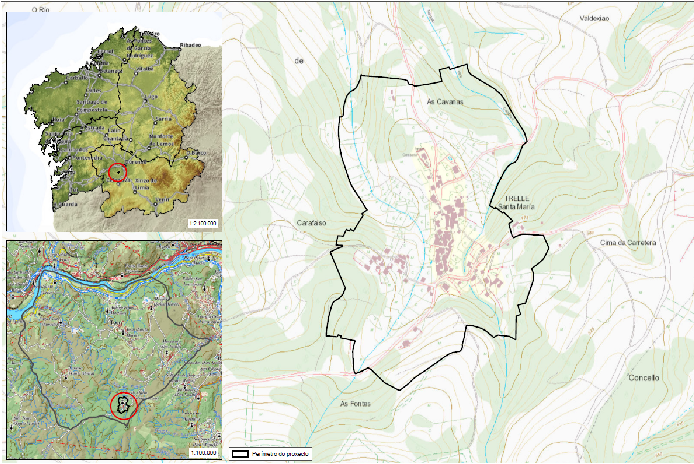