The new scenario of extreme wildfires in Europe 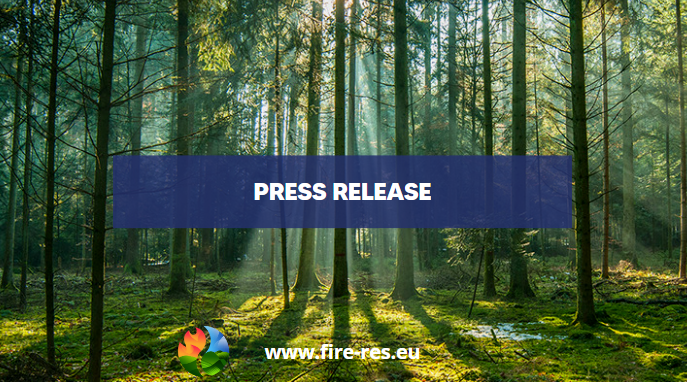 Summer 2022 was a hard one for wildfire events management in Europe. The prolonged drought and extremely high temperatures that affected much of European territory in recent months made this summer the second most damaging since numbers began to be kept in 2006.

According to the latest figures provided by the European Forest Fire Information System (EFFIS), more than 750,000 hectares (7,500 km2) of forest were burnt this year in EU countries. Spain was the most hit, with over 293 thousand burnt hectares, followed by Romania, Portugal and France.

The latter experienced “its second-hottest summer on record, its driest one since 1976 and the worst in terms of the loss of forestry to wildfires since 2003”, the French government has explained. This context is not only a damage per se, but it also impacts the whole environmental cycle as it reduces the services provided by forests as carbon sinks, preserve water resources, prevent soil erosion, protect biodiversity and landscape conservation, etc. Thus, it should not be treated as a continuous succession of “exceptional years” but as the new scenario which needs a long-term integrated approach.

This is why the EU-funded project FIRE-RES is working on creating holistic and integrated fire management strategies to efficiently and effectively address Extreme Wildfire Events in Europe.

FIRE-RES will approach it by focusing on the development of resilient landscapes which, as the REA recently said, we will not be able to solve without a new landscape management paradigm. Several wildfires have impacted the FIRE-RES Living Labs, where the project will demonstrate a series of innovative fire management strategies to address extreme wildfire events in Europe. Project partners contributed to the fire management process in Catalonia (Spain), Lesbos (Greece) and Aquitaine (France). Other Living Labs descriptions will be delivered soon.

The PDF of the Press release is available here.

👉During the last day of FIRE-RES' general assembly, members of our advisory board shared their thoughts about the ...work done so far and suggested what need to be improved during the next year. Challenges months ahead💪!

🔥 #FIRERES
Third and last day of the @FIRERESproject #12M General Assembly, discussing replicability, scalability, ...and exploitation of the project to focus the work for the next years #FireScienceCommunity #WildfireRiskManagement

🔥Yesterday FIRE-RES consortium had the opportunity to visit the sites where the two largest fires in Dutch history ...happened! An exciting opportunity to learn how the fire management system works in The Netherlands and the challenges for the upcoming years!🔥
#ManagingWildfires

The #Mediterranean is increasingly exposed to high #WildfireRisk!

For this #MediterraneanDay, have a look at these 5 ...examples of innovative #Wildfire prevention initiatives aimed to foster the #resilience of #forests across the region 🧯🔥🌳

🔥FIRE-RES General Assembly is taking place in Wageningen🇳🇱. Next steps and new challenges related to ...#extremewildfires will be discussed with the whole consortium